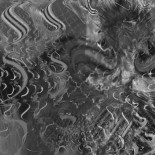 December, 1, 2012 I am greatly looking forward to the 20th anniversary concert of Ensemble SurPlus on Saturday, December 8th, at the E-Werk Freiburg. They asked me to compose what … Continue reading →

July 24, 2012 I’m thrilled to announce a new commission by Ensemble SurPlus for their 20th anniversary concert in Freiburg at the E-WERK Freiburg. The piece will be approximately 10 minutes long and be … Continue reading →